Home » Does Hot Chocolate Have Caffeine?

Does Hot Chocolate Have Caffeine? 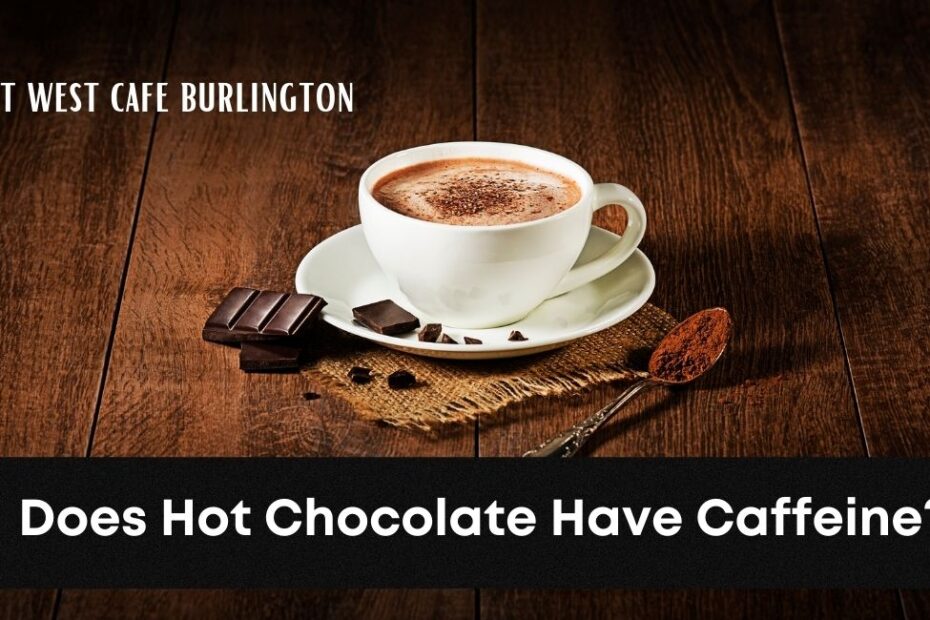 Even though a lot of people think of hot chocolate as a comforting winter drink, you may actually use it as an afternoon pick-me-up.

Caffeine is found in a number of beverages, including hot chocolate, as well as coffee, tea, and soda. Caffeine is a stimulant that occurs naturally and is frequently consumed as a means of providing a much-required increase in levels of energy.

The amount of caffeine that can be found in a cup of hot chocolate can vary depending on how the beverage was prepared. As an illustration, a single serving of the “grand” size (16 ounces) of hot chocolate sold at Starbucks has 25 milligrams (mg) of caffeine.

Typically, a less caffeinated version of hot chocolate is achieved by using cocoa mix. Consider the case of Swiss Miss as an illustration. One normal packet of their hot chocolate mix yields one cup of hot chocolate with a capacity of six ounces and contains five milligrams of caffeine.

Does Hot Chocolate Have More Caffeine Than Coffee?

No. Although there is some trace amount of caffeine in most all hot chocolate mixes and in hot chocolate that is ordered from cafes (caffeine is found naturally in cocoa beans and is also added to some chocolate syrups), this amount is not even close to being as high as it is in coffee.

In comparison, a tall cup of hot chocolate from Starbucks has 20 milligrams of caffeine, whereas a large cup of coffee from Pike Place has 235 milligrams of caffeine. In conclusion, regardless of the variety of hot chocolate that you consume, there is a possibility that it will perk you up, but there is no guarantee that it will cause you to become alert and buzzing.

What Percentage of Caffeine is Found in Hot Chocolate?

The amount of caffeine that is contained in a cup of decaffeinated coffee typically ranges from two to eight mg. The average packet of hot chocolate mix contains approximately five milligrams of caffeine, while one tablespoon of unsweetened cocoa powder contains approximately twelve milligrams of caffeine. (Because caffeine is present in cocoa naturally, it is rare to find a “natural” cocoa powder that is free of caffeine unless the powder has undergone a significant amount of processing.)

Increase the amount of caffeine in your hot chocolate to 25 mg if you buy it from a chain coffee shop rather than making it at home.

Therefore, if you’re not going to combine your hot chocolate mix with coffee or some other kind of caffeinated beverage, it’s not going to be enough on its own to accomplish anything.

What is the recommended daily amount of caffeine consumption?

Do you know somebody who experiences jitters after drinking only one cup of coffee, yet you are able to have six cups of coffee without any problems? In spite of the fact that you may take great satisfaction in your remarkable caffeine tolerance, it is essential to keep in mind that everyone reacts to caffeine in a slightly different way.

This is due to the fact that various people’s genes have different levels of sensitivity to the stimulant. There is a wide range of effectiveness among genes when it comes to determining how well enzymes in your liver break down caffeine.

They are also able to identify the extent to which caffeine affects the receptors that are found in your brain.

This explains why some people are unable to consume caffeine after 2 p.m., while others are able to drink a caffeinated beverage well into the evening without it affecting their ability to fall asleep easily.

Coffee should not be consumed in amounts greater than 400 milligrams per day by the average individual. It is recommended that pregnant women take no more than 200 mg of this. Caffeine consumption among children is likely to be lower, with average daily amounts ranging from 45 mg to 100 mg.

In light of the fact that the caffeine content of an Americano coffee typically fluctuates between roughly 150 mg and 200 mg each cup, you may still go about your day without severely restricting the amount of coffee you drink.

Although there is some caffeine in hot chocolate, the amount is significantly lower than that found in tea, coffee, and the vast majority of soft beverages. Choose ready-to-drink chocolate milk if you are looking for a beverage that is based on chocolate but has no caffeine at all.